Siberian sturgeon, scientifically known as Acipenser baerii and commonly referred to as Siberian sturgeon, is an semi-anadromous or semi-river-migratory species of freshwater fish which lives in the rivers of the Siberian waters, Ob, Yenisei, Kolyma, Irtysh and other. rivers. This fish is easier to breed than other species of sturgeon and grows much faster and with less problems in terms of disease and so on. The big difference between this fish and other species in the region is that it can spawn every year.
As mentioned earlier, sturgeon growth depends on factors such as temperature and proper nutrition. Siberian sturgeon growth in the wild is between 65 and 167 cm and its maximum reported size is 2 m with a weight of over 65 kg. The muzzle length of this species is 46% of the head length. In the natural environment, males mature between the ages of 9 and 15 and females between the ages of 16 and 20. 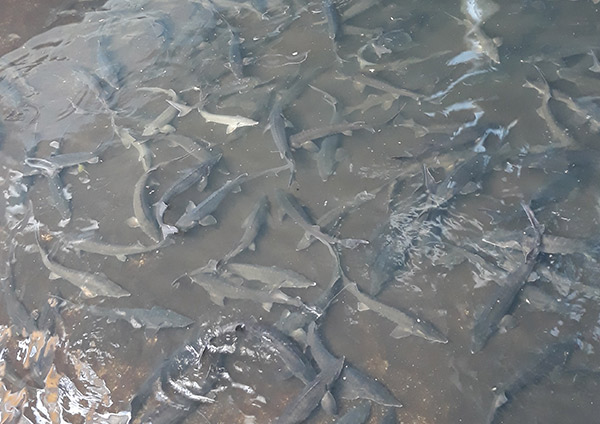 Maturity of female Siberian fish in culturing ponds is 5 to 6 years, weighing 8 to 12 kg and body length is 80 to 100 cm and its egg laying is 12 to 17 percent of its body weight.
Siberian caviar is known as “baerii” caviar, and its meat has significant demand after Persian sturgeon and beluga. In some countries its skin is used as leather for the production of boots, hats, gloves and ornaments. Like the sterlet sturgeon, in addition to its meat and caviar it is also sold for use in public aquariums. 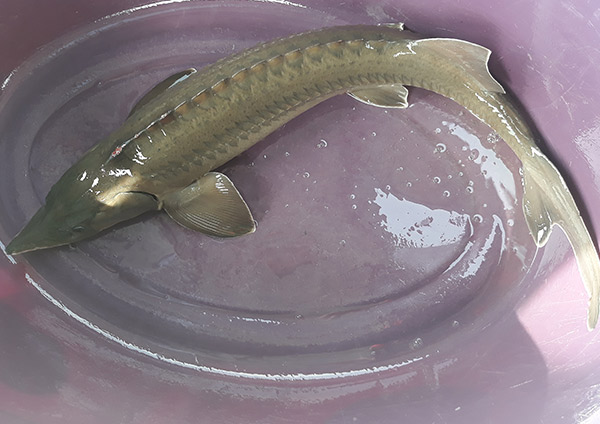 The Lazir Agro-Industrial Complex, with its varied age classes of Siberian sturgeon, has provided a significant amount of caviar and its meat to domestic and foreign markets, and has been able to generate significant numbers of jobs in the community.