The root of the word caviar is undoubtedly Iranian. The Russians call it “ikra”. It is said that the English in the sixteenth century derived the word from the Turkish origin of “Havyar – haviyar” that is not true. In the 16th century, Turks, as they are today, have neither been active in the Caspian Sea which is believed to be the main spot in sturgeon production nor did they have a significant portion in production of caviar from the Black Sea, since over 90% of the world’s total caviar comes from Caspian Sea.
In Iran, an egg is called “khayeh” from which the word caviar is derived, but in a way that is not very clear its transformation has changed a little. The Italians called it “caviale” or “caviaro” and in central Greece it was called “khaviari”, all derived from the Persian version of word. 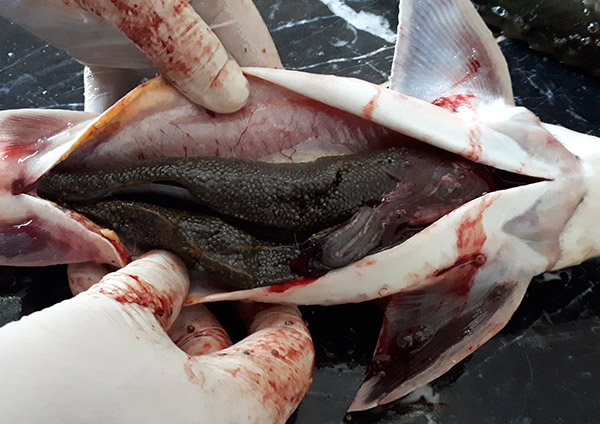 The reason for caviar’s high pricing is never due to its high nutritional value; rather it is mainly due to its low and limited production. In any case, caviar has several major nutritional properties:
۱٫ One of the simplest, richest, tastiest, and least available foods.
۲٫ It has an excellent, fast-absorbing protein that provides some of the body’s essential amino acids.
۳٫ In every 100 grams of caviar there are 270 kcal of energy.
۴٫ In every 100 grams of pressed caviar, there is 320 kcal of energy.
۵٫ The more ripped caviar, more protein and fat.
۶٫ It is a fast deteriorating food with low-fat which must be stored at a temperature of -2 ° C.
۷٫ In normal room temperature within a few hours it will lose its quality and become corrupted.
۸٫ Its price depends on the species, type of processing, egg size, odor, taste, color and consistency.
۹٫ The caviar should never be frozen.

Different types of Caviar by Processing: 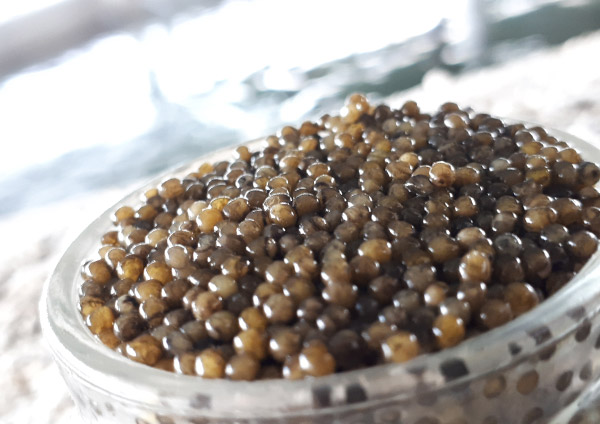 Very rarely and occasionally, the eggs of one species, especially the larger varieties, may have a beautiful golden color rather than dark black. These caviars are called golden or imperial caviar. 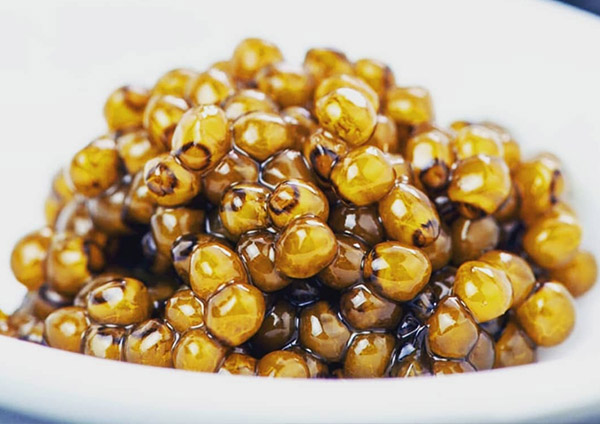 Recently the phrase diamond caviar is used for this type of caviar which is a new and incorrect word and is said to have Russian origin because the Russians refer to them as diamond. The word diamond is English, not Russian.